Widely considered the “sweet spot” of distance running, it’s clear why the half marathon is one of the most popular race distances in the United States. Whereas 13.1 miles (21.1 km) is long enough to require a focused effort, it’s also short enough to run hard without limping for three days after. Given the enduring popularity of the half marathon distance among runners, here we profile five of the best half marathon series in the nation, with overall ratings based on RaceRaves member reviews. With events year-round and across the country, you’re bound to find a race that’s perfect for you!

Our best half marathon series in the US for 2018 are:

Raced one or more of these events? Why not take five minutes to post your review, give the race organizers a well-deserved shout-out, and help other runners make smart decisions!

Established in 2009 by husband & wife team Sam & Jasmin Fiandaca, you won’t find a more beloved race series anywhere than Brazen Racing. In fact, Brazen was voted the Pacific West region’s Best Trail Racing Series of 2015 by Competitor magazine. Born in the East Bay, Brazen now produces over 25 annual events on dirt & paved trails across the San Francisco Bay Area, nearly all of which offer the half marathon distance.

Brazen events shine by combining the professionalism and nifty swag of road racing with the low-key, back-to-nature mindset of trail racing. With races that offer something for every runner, including an amazing post-race spread, the Brazen Racing family has grown significantly in recent years and even boasts 225 “streakers” (diehard runners who have completed every Brazen race in a calendar year) as of Jan 2018. “Whether it’s your first Brazen race or you’re a Streaker, whether you’re a walker, a volunteer, in the middle of the pack, or an elite runner, Brazen makes the race all about you,” says RaceRaves member @mikebeckwith, aka Brazen Streaker #111. “The Brazen Racing crew makes race day feel more like a family outing.”

Sam, Jasmin and the Brazen team welcome runners of all levels, but don’t let that fool you—their races include some of the most challenging in the Bay Area. And Rocky Ridge, which doubles as the Brazen Half Marathon Championship, earns this author’s hands-down vote as the most difficult half marathon in California. With nearly 4,000 feet of elevation gain/loss in 13.1 miles, to argue otherwise would be a brazen lie.

In the know: Runners who complete at least five of the 14 races in Brazen’s Ultra Half Series lineup, plus Rocky Ridge in October, receive an ultra-cool die-cast finisher coaster, with the top 3 finishers earning giant checks. And those who complete the Ultra Half Series while accumulating at least four miles (21,120 feet) of climbing also score a High Flyer Club patch.

To learn more: See what our members say about Brazen Racing or visit the official website.

“Stunning.” “Beautiful.” “Gorgeous.” “Amazing.” “Breathtaking.” The list of superlatives for founder Matt Dockstader’s Destination Races (DR) Wine Country Half Marathon series (now part of Motiv Running) goes on. Since its inception in 2004 the company has lived up to its name, as its flagship Napa to Sonoma event has become one of the premier destination races in the country. Luckily given Napa to Sonoma’s outsized popularity (the race sells out annually on opening day of registration), Team DR offers five other wine country events throughout the year — one in Virginia, two in the Pacific Northwest/British Columbia plus their two most highly rated events in California — as well as their newest offering, an IPA 10K & Beer Mile Invitational also held in Sonoma County.

For a fit ‘n’ fun weekend getaway with the spouse or girlfriends, the concept of “Run, Sip, Explore” is tough to beat. Each boutique-style event is limited to ~2,500 runners and features the trademark DR post-race festival, where wine enthusiasts can showcase their shiny new bling while sampling wines from a variety of local vineyards. RaceRaves member @kahamilt offers her own endorsement of the Santa Barbara Wine Country Half this way: “[I]f you are a single guy, this is YOUR race. Tons of chicks out having a good time and drinking lots of wine.”

But cabs and pinots aside, even teetotalers will feel rejuvenated after 13.1 miles of bucolic pastures and gently rolling backcountry roads. And the Healdsburg Wine Country Half, which falls on the last weekend in October, celebrates the season with a “Hallowine” costume contest and 5K. Looking for an event that will leave you smiling? Check out Destination Races — in the words of IPA 10K repeat runner @stse70, “Every race should be like this!”

In the know: “Race extras” can be purchased separately for some events and include (depending on the event) a Welcome Reception, Pre-Race Dinner and Finisher’s Celebration where runners can mingle with Dockstader, elite runners and other VIPs.

To learn more: See what our members say about Destination Races or visit the official website. 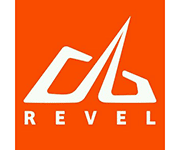 “Fast & Beautiful” is how REVEL describes itself, thereby checking two of the boxes runners look for when choosing a race. True to its tagline, REVEL’s calling card and raison d’être is its speedy, downhill marathon courses geared toward Boston Qualifiers. Luckily for half marathoners, each of its six events also features a 13.1-mile distance starting near the halfway point of the marathon and following a similarly scenic downhill route to the finish.

Provided your quads are up to the demands of downhill running, REVEL courses are designed to help you chase down a personal best. Just ask @donknox, who this year in his 53rd half marathon at the age of 58 set a personal best at REVEL Mt Charleston. The gradient of each half marathon course varies from gentle (Mt Hood, 897 feet of net elevation loss) to severe (Big Bear, 3,161 feet), with the organizers boasting that the cyclist who measured the Big Bear course for USATF certification coasted all the way to the finish line without pedaling once.

Picturesque views of the surrounding mountains, canyons and landscapes help distract from the growing ache in your quads, with repeat runner @ccgooch calling REVEL Rockies “definitely the most beautiful race I have done.” And for all its runners, REVEL goes the extra mile by providing gloves and a space blanket for use in cold weather, iced towels at the finish line, free race photos & personalized videos, plus a generous transfer/withdrawal policy for registrants who can’t answer the bell.

In the know: Runners who complete three REVEL races (marathon or half marathon distance) in a calendar year earn the special edition “Triple REVELer” finisher medal.

To learn more: See what our members say about the REVEL Race Series or visit the official website.

In June 1998, Elite Racing ushered in a new era for runners with its Rock ‘n’ Roll Marathon in San Diego, a raucous 26.2-mile block party. Entering its third decade and now under the ownership of Wanda Sports Group, Rock ‘n’ Roll has grown into arguably the best-known race series in the world, synonymous with on-course musical entertainment and live post-race concerts.

Despite a recent decline in participation numbers and the discontinuation of several events for 2019, the popular series continues to operate in 28 cities across eight countries. Most importantly for the 13.1-mile crowd, all but one event offer a half marathon option, the lone exception being the “World’s Fastest 5K” (and curiously, the series’ highest-rated event on RaceRaves), the Carlsbad 5000. And this year the organizers have pledged to improve the race experience with “more music, better runner support, improved technology, and more community engagement.”

Rock ‘n’ Roll stands apart not only for its musical acts but for its eye-catching finisher medals. The series strives to satisfy its runners’ thing for bling with an unrivaled collection of exclusive keepsakes, including Remix Challenge medals awarded for running more than one day/distance at a given event, limited-edition medals for specific races (e.g. this year’s World Rocker medal for running in two countries), and Heavy Medals for runners who complete two or more events in a calendar year.

Just as the hottest parties boast the biggest guests, Rock ‘n’ Roll in recent years has recruited running rock stars like 2014 Boston Marathon champ Meb Keflezighi and 2018 Boston champ Desiree Linden, each of whom paced this year’s half marathon in San Diego. So even though you may not be able to run like a pro, you can still run with one.

In the know: For true groupies, the Heavy Medals Hall of Fame recognizes runners who complete 15 or more qualifying Rock ‘n’ Roll distances in a calendar year, with an impressive 188 inductees in 2017 alone.

To learn more: See what our members say about the Rock ‘n’ Roll Marathon Series or visit the official website.

Love running? Love visiting National Parks? Now you can have the best of both worlds, thanks to Salem Stanley and his team at aptly named Vacation Races (VR). VR burst on the scene in 2012 with its inaugural event in Utah’s Zion National Park. Four years later the company has expanded its lineup to include ten half marathons and three ultramarathons in some of the country’s most popular National Parks.

True to the ethos of the National Parks Service, Vacation Races strives to limit the environmental impact of its Zero Waste Events with Cup-Free Racing, in which runners use either a hydrapouch (provided free of charge) or their own trash-free hydration system. And the VR team encourages its runners to get out and explore each park after the race with designated “club hikes” — scenic challenges that finishers can complete to earn commemorative VR merchandise.

Vacation Races’ events tally high marks for their production, scenery and swag. More telling, though, may be the high number of VR runners like @thtgirl who declare, “I’d come back tomorrow!” And even when the company gets it wrong, they still get it right: case in point the 2015 Lake Powell Half, when a pacer took a wrong turn in the first mile and added 0.7 miles to the total distance. Soon after, all participants received a “13.8” sticker in the mail, earning the company bonus points (and an impressive 4.8 overall rating) for its creative response in turning lemons into lemonade. So if the idea of getting back to nature and running an “awesome, amazing race” on a “beautiful course” with “spectacular views” piques your interest, do yourself a favor and check out Vacation Races.

To learn more: See what our members say about Vacation Races or visit the official website.

Looking for more races? Check out our smart race finder to search for running events around the world. Then sign up for a free account to start building your wish list and tracking your race adventures on our colorful 50 States Map!